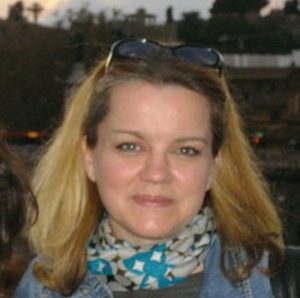 Fijne feestdagen! It’s that time of year again – lights strung outside of homes and on busy shopping streets, festive songs play in shops and on the radio, the weather has turned chilly, and the sun – when it isn’t raining – only shines for seven or eight hours a day. It’s Christmas time! Like many of you, this is my first Christmas in the Netherlands and while many of the traditions are the same as in Germany (where I grew up), there are still many unique customs in the Netherlands. And having lived the United States for two-plus decades there are some obvious contrasts to the end-of-the-year holidays.

The most obvious difference between the United States and the Netherlands – and perhaps all of Europe – is how much less commercialized the holiday season here is. There is a common lamentation in the US that the Christmas season begins earlier each year. Traditionally the US Christmas season would begin on Black Friday, the day after Thanksgiving, when most people do as much of their gift shopping as possible. But in recent years, Christmas trees, lights and decorations popping up alongside Halloween decorations or even earlier is not unusual in the States. So it is a nice change to see the “kerst” decoration in the Netherlands coming out only in the first week of December. Which is the next most-noticeable difference between Christmas here and in the United States: the coming of Sinterklaas.

The exchange of presents and a visit from the children’s gift-giver happens much earlier in the Netherlands than in the US. 5 December is the feast of Sinterklaas – literally Saint Nicholas, the patron saint of children – when the white-bearded man in his gold-embroidered red robe brings children their gifts, and when most adults also do their gift exchange. Tradition has children leaving their shoes out the night before, usually filled with carrots for Sinterklaas’s horse, named Amerigo, and eagerly waiting for their gifts in the morning. For me, this was a big surprise when the family of my landlady came for a dinner and gift exchange afterwards. They had gifts for me and because this was a new tradition for me, I didn’t have gifts for them! Fortunately, the Dutch have a great sense of humor and they actually found it funny that I came empty-handed. Of course, patience and understanding – another Dutch hallmark – helped me out when I told them that our general gift giving day is December 24 or 25, depending on each family’s tradition. Needless to say, the children were quite happy to know they would have another round of gifts coming over the actual Christmas days.

Only after the visit from Sinterklaas, the Christmas tree (“kerstboom”) goes up. The traditions around the holiday tree are very much the same as in the United States and elsewhere in Europe, with artificial trees becoming more popular in recent years. The tree is adorned with lights and festive decorations, but in many cases the space underneath is void of gifts, as they have already been exchanged on 5 December. This for me was quite interesting, because since I was a child I always saw the Christmas tree as the place for presents – almost as if it serves no other purpose! But for the Dutch, it’s a decoration that stays in place from early December through Christmas itself and usually does not come down until Epiphany on 6 January, another holiday that most Americans do not celebrate, other than perhaps a special church service. Although this is not a very popular holiday in the Netherlands either, it does coincide with the end of the school holidays, and therefore is an appropriate date to get rid of the tree. In some communities the trees are disposed of earlier, often on New Year’s Eve, with large bonfires made up of dried-out trees.

The Dutch celebrate the actual Christmas holiday over two days: Eerste en Tweede Kerstdag, or December 25 and 26. This is where families usually get together for some relaxation, huge meals and treats special to the holidays. Though gift-giving is usually done for Sinterklaas, in recent years the growing commercialization of the holiday season (please not too much!) is nudging the Dutch towards a second round of gift exchange, much like the United States, on Christmas day. The season is also marked by Christmas markets in many historical Dutch towns. There you’ll find more holiday decorations and gifts, the treats of the season and warm Glühwein – spiced red wine that is also very common in Germany.

Enjoy the holidays here in the Netherlands; I encourage everyone – despite your nationality or religious beliefs – to partake in as much as you can. It’s a wonderful time of year, when you’ll find the Dutch even more friendly than usual! And do not miss out on all the treats – an entire article could be written on those alone.