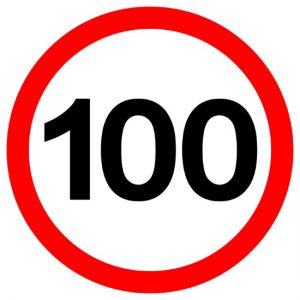 The maximum speed limit of 130km/hour is slated to go down to 100km/hour in the Netherlands from mid-March, at least during the daytime. This measure by the government aims to combat the nitrogen pollution menace. If this decision makes motorists frown, the sentiment is shared by the Prime Minister, Mark Rutte, who called it a ‘nasty’ but inevitable measure. The measure is one of the multi-prong approach from the government to reduce the nation’s nitrogen footprint. The severity of nitrogen pollution has become so high in the Netherlands that drastic and sometimes highly unpopular measures are being taken to steer the country clear of this political and economic crisis.

If this statement by Rutte is any indication, the gravity of the situation is self-evident. “This is an unprecedented crisis for our country. I have never experienced a crisis of such severity in my nine years in this job,” Rutte said. “The complexity of the nitrogen crisis cannot be compared with the 2015 and 2016 refugee crisis,” said the prime minister. Such a strong statement is hardly surprising, given the chain reaction that the nitrogen crisis has triggered.

The nitrogen menace
Be it the vehicular exhausts on roads, construction equipment like generators and diggers on construction sites, or livestock and fertilisers in farms, all add nitrogen compounds to the environment in varying measure. This is the main cause of land, water and air contamination.

While many countries are guilty of causing pollution, the Netherlands in particular has been called out for breaching EU pollution legislation, with its nitrogen emissions exceeding the permissible limit for years. As this became clear, an immediate halt was called on construction projects. This in turn deepened the housing crisis, where the demand for housing far exceeds the supply. The original plan to build 75.000 houses per year till 2025 suffered a major setback, with just 47.000 housing permits granted instead. This has not just failed to relieve the pressure on housing demand, but also resulted in job cuts in this sector.

Various culprits
The Dutch nitrogen pollution comes from various sources. While the agricultural sector is responsible for a whopping 46% of the contamination, vehicular exhausts and construction sites cause 6% and 0.6% respectively.

The Netherlands is the world’s second-largest agricultural exporter. From nursery products like flowers and bulbs, to dairy, meat and vegetables produce, it rakes in billions of euros per year. But being a small country, the farms are closely packed together and fertilizers, high protein animal feed and animal excrement result in excess nitrogen in the soil and groundwater. This ultimately finds its way into the waterways, causing algae bloom and other land- and water-borne pollution. Nitrogen emission in the form of nitrogen oxides comes primarily from cars, trucks and heavy diesel-powered utility vehicles used in construction. Though overall relatively small, these are large sources of airborne pollution.

Multiple actions
To contain nitrogen emission and precipitation, various measures are being taken. The reduction in maximum speed is one of them. The effect will hopefully be beneficial to the areas which fall under Natura 2000, the largest network of protected areas in the world, offering a safe haven to Europe’s threatened flora and fauna species and their habitats. There are talks of lobbying with the European Union to adjust the boundaries of these fragmented areas. Other measures include promoting a different composition of animal feeds and earmarking 180 million euros for the purchase of pig farms from farmers who would voluntarily sell them. In addition, the cabinet has recently made an additional 500 million euros available to tackle the nitrogen crisis, with the amount likely to rise even further. The government also wants the provinces to make a financial contribution in order to implement more effective measures.

Jumpstarting housing construction and improving infrastructure
While controlling emissions of nitrogen from the agricultural sector may take some time, the reduction in polluting emissions by controlling the speed limit will have an immediate effect. Prioritising the urgent need to boost the construction and infrastructure, the government wants to use 70 percent of the ‘nitrogen gain’, that is, the emission saved, to speed up this sector. This would mean putting the original target of building 75.000 houses per year in sight once again. The remaining 30 percent would benefit nature.

While this may not be a long-term or holistic solution, it definitely is a step in the right direction, and ideal for which motorists who don’t mind hitting the brakes.