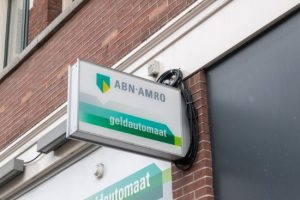 Fewer and fewer ATMs can be found in the streets of the Netherlands these days. The decline has sped up over the last few years, and it seems that it is only going to continue in the years to come. The trend is currently explained by social consumption changes, where people are progressively replacing cash with debit card payments, and by particular circumstances, namely an increase in ATM bombings. Although it is not clear whether these attacks actually result in a significant loss of money, they are nevertheless an increasing occurrence in 2019.

Last October, the European Association for Secure Transactions (EAST) reported that although skimming incidents are decreasing in Europe, explosive attacks directed at ATMs are becoming increasingly common, especially those involving Triacetone Triperoxide (TATP), also known as “Mother of Satan”. This has raised concern among authorities due to the risk of collateral damage and possible injuries to people, besides the operational costs involved.

In the Netherlands, the situation seems particularly worrying. Although 2018 saw a decrease of explosive attacks compared to 2017, the portal nu.nl reported that in 2019 so far there have been more than 60 attacks, whereas in 2018 there were a total of 43. Of the more than 60 attacks reported, 50 have been directed towards ATMs owned by ABN AMRO, apparently due to the fact that this bank uses a particular model of machine, which seems to be easier to attack.

Over the last two years, Noord-Holland has been the most affected by these attacks, particularly the city of Amsterdam. In the capital, mayor Femke Halsema has recently expressed to the city council her wish to remove ATMs from densely populated neighborhoods, and the municipality has hired private surveillance to prevent more bombings in the city.

In December, ABN AMRO announced the temporary closing of 470 ATMs all around the country, NOS reported. This is more than half the ATMs owned by this bank in the Netherlands. The bank stated that the temporary measure could last from several weeks to several months. But this is not the only major bank that has closed ATMs in 2019. In February, NL Times reported that ING had removed 170 of its machines in the last two years, making up one third of the 508 ATMs that were available before.

On the other hand, consumers in the Netherlands are increasingly using less cash, and doing more and more of their banking transactions with debit cards and online, which translates into less use of ATMs. Last summer, for instance, ING gave its “Orange Package” customers the choice to pay a lower monthly fee in exchange for a small fee for every cash withdrawal at an ATM, which means an advantage for people who do not use ATMs at all.

According to De Nederlandsche Bank’s (DNB) figures, since 2015 the majority of transactions in the Netherlands was made using debit cards, rather than cash. In 2018, only 40% of payments was made with cash, a sharp decline compared to the 60% in 2014. The numbers increase when certain age groups are taken into account. In 2018, young people between 19 and 24 years of age paid 77% of transactions with pin and only 23% with cash. This trend is also strong among other groups, such as women, people aged 55-65 and higher-educated people. DNB notes, however, that the increase in debit card payments was smaller among people with low-level education.

There is one case that contradicts the national trend to decrease ATM use, and that is ATMs targeted at visitors in touristic locations. These ATMs are not affiliated with Dutch banks, but rather international companies like Euronet, that provide ATMs with high exchange rates in souvenir shops and places with high tourist traffic. However, although the demand for these types of ATMs is increasing, their expansion is put under closer control. In January 2019, NL Times reported that the municipality of Amsterdam announced plans to end the proliferation of these ATMs, using a new zoning plan established in 2017 that allows the municipality to limit new “tourist services” opening in the city center. The intention of the city is to stop issuing permits for these types of ATMs in the streets and in building facades.